Rania Matar moved to the US due to the Lebanese Civil War, pursuing photography after September 11 when she became interested in telling a different story from the Middle East. She grew up surrounded by the civil war in Lebanon, whereas her daughters are being raised in the United States. Despite growing up in a different country at a different time, she noticed a universality in being a young woman. This served as the inspiration behind her new series, featuring portraits of mothers and daughters from different cultures.

It was through photography that Matar says she noticed that women experience the same life milestones. Despite growing up in different corners of the world, she and her daughters were undeniably alike. “People are people,” she told In Sight, and it seems our innate characteristics come through the world over.

Matar’s own mother passed away when she was just three years old. As such, her first real experience of a mother-daughter relationship was when she entered motherhood herself. Serving as part of her inspiration, through her photographs she explores the future she was denied. This series started when her older daughter left for college and she realized how her role as a mother was changing, but also her relationship with her daughter. When they didn't have to deal with the day to day interaction, they became best friends - both adult women.

The Amon Carter Museum of American Art will be hosting Matar's work in an exhibition about womanhood titled "In Her Image". Unspoken Conversations is one of the four series exhibited, alongside: A Girl and Her Room, L'Enfant-Femme, and Becoming, all work representing moments of transitions in a woman's life. Speaking of the exhibition, Joy Kim, curator of the exhibition, said:

Whether wearing a hibjab in a Palestinian refugee camp or a bikini top in Boston, the women that Matar photographs share traits common to young women regardless of background. Matar emphasizes similarities rather than differences, highlighting how female subjectivity develops in paraleel form across cultural lines.

The series is one of four she will be exhibiting, and aims to “juxtapose mothers and daughters across cultures and stages in life.”

Speaking of her inspiration behind the series, Matar said:

This body of photographs explores womanhood at two important stages of life: adolescence and middle age. While I had been photographing teenage girls in A Girl and Her Room, pre-pubescent girls in L'Enfant-Femme, and adult women in Women Coming of Age, I found myself gradually including both mother and daughter in the same photograph. My focus shifted from the singular individual to the collective, combining and cumulative. Casual glances, hand gestures, subtle shifts in body language, physical closeness (or lack thereof), shared embarrassments, vulnerability, and admissions of uncertainties became the focus of the photographs. The glances and the emotions of the individual are combined within a single frame, conveying simultaneously the personal and the universality of the complex mother and daughter relationship.
In this work, like in the rest of my artistic practice, I seek to focus on our essence, our physicality, our vulnerability, on growing up and growing old – the commonalities that make us human, to emphasize underlying similarities rather than apparent differences across cultures and to ultimately find beauty in our shared humanity.

“In Her Image: Photographs by Rania Matar” will be on display at the Amon Carter Museum of American Art in Fort Worth, from December 23rd until June 17th. 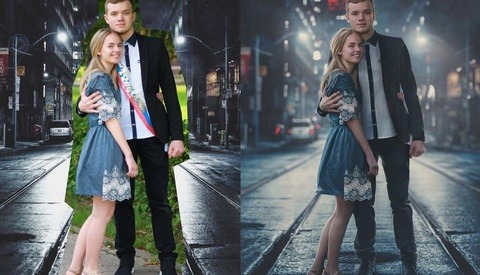 BTS / March 19, 2019
A Behind the Scenes Look Into How Photographer R. J. Kern Shot This Heartwarming Photo Series called "The Unchosen Ones" 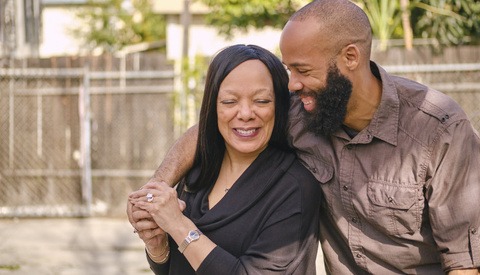 Humor / January 15, 2019
What Is the Real Meaning of Photography
Premium Photography Tutorials