A series of candid film photos shot with then-21-year-old singer Amy Winehouse have been released by the photographer who took them in 2004.

Amy Winehouse was just 21 when British photographer Diane Patrice was commissioned to shoot a bunch of portraits with the rising star. Back then, Winehouse had begun making a name for herself, but the global success that would follow her 2006 album “Back to Black” was still a number of years away.

Patrice arrived at Winehouse's place armed with a vintage 1973 Hasselblad, a 35mm Nikon, and a softbox light. She recalls one of the star's entourage escorting her into the home, which she recalls as being a “bit like a student flat or a squat.” There was a huge hole in the ceiling.

Her voice, her face, and her features didn’t match. She sounded like a 20-stone checkout girl; she sounded huge. It was a lived-in voice. The whole package was very endearing... a contradiction in herself.

The pair began shooting the first set of images at the house. Winehouse was said to choose all of the shoot locations and styling herself.

The pair later headed to a local pool hall — one of the singer's favorites that she also used for a music video shoot. A further location was a vintage store, where Patrice recollects continuing to take stills even when Winehouse answered her phone mid-shoot. See some of the candid snaps below.

Reflecting on her set of images, Patrice says: “A lot of her later pictures were quite vacant, turning her into a caricature... she was really engaging with the camera in these ones.”

Patrice’s images are available for limited edition prints through Whitebank Fine Art. The Amy Winehouse Foundation Gala will auction two works donated by Whitebank to help support and inspire vulnerable and disadvantaged young people. You can see more of Patrice’s work on her website.

Images copyright and used with permission of Diane Patrice. 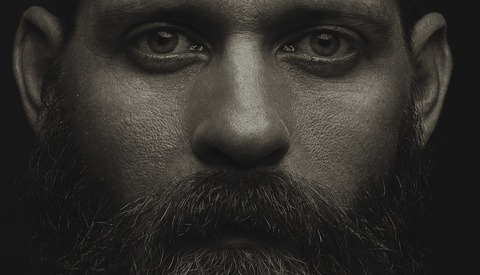 Medium Format / June 13, 2017
From SLR to Medium Format: My First Encounter With the Hasselblad X1D-50C 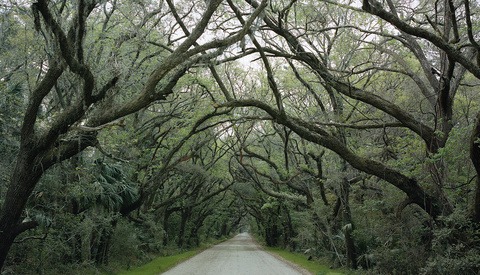 Film Photography / June 29, 2020
What Makes a Photograph Successful on Social Media? A Scientific Review of Thousands of Photographs

Always one negative nelly. Perhaps unsurprisingly, you have none of your own work linked or available to view.

perhaps my work has something to do with these unpleasant snapshots .

You must be brilliant to conclude that with so little information. That, or perhaps you have a really high opinion of frogs!?

I agree...snapshots really. Nothing spectacular but I was a fan!

Has no artistic value, almost no historic value. Just some dude trying to cash in ....

I mean, the photographer’s female for a start. Do better!

Not everything has to be perfectly lit studio quality. There’s nothing wrong with photos for the sake of memories.

Agreed, but there's nothing notable about these photos. And the photographers assessment of others' work is really classy! :-/

I agree, as a photographer, they leave a lot to be desired.
I don’t understand the second half of your comment. Can you clarify what you mean?

I think she’s referring to Amy. It seems like she’s saying she looks engaged in the shoot where as in later photos (after getting famous and possibly due to struggles
wish substance abuse) she looked empty inside.

So, she’s not bashing other photographers, she seems to be referring to the physical and mental toll fame took on Amy.

It similar to the Beatles. Look at any photo of them from the early 60s and they look genuinely happy to be around each other. Look at one from the later years and they seem fake and manufacturered.

You're probably right. I've heard of her before and heard she died but have no idea who she was and have only seen a few photos of her.

I only know who she is and the circumstances of her unfortunately early death.
That’s why I can see why people think these photos are not amazing by any technicial measure.
However from a more documentary point of view, they have a little more to offer, primarily to those who did follower her career and loved her.

This is a photography site, by, for and about photographers and photography. It's not a site that raises or discusses history or social issues. So it shouldn't come as a surprise that there are a bunch of photographers criticising these images because the images don't meet their expectations of a good photograph.

Personally, I like the images for what they are, as they are.

Yeah, it seems like people are too focused on technical aspects and the best gear.

People need to learn to look for the value in photos beyond the lighting, megapixels, etc.

Holy Moly - this was photographer really?

My parents were making pictures similar to these but because there was no celebrities in those shots, it wasn't posted anywhere.

I’m not sure what your point is. Amy is known the world over, and has legions of fans who love to see photos like this. Apples to oranges, sir.

That's the only reason why this was posted, because she's a celebrity. These photos are pretty mundane snapshots that don't belong on the website about photography.
Most people in the comments expressed similar opinions, that should tell you something.

I think some people forget that there are different styles of photography for different purposes and different audiences.

Personally, I agree that they are nothing special (to me, because I’ve never heard her music). However if they were photos of, let’s say, The Beatles or The Wombats, I’d be super excited to see them because I’m able to think of things outside of the context of photography.

As for the quality, I’ve see far worse photographs in actual museums here in Tokyo. And not small ones, big ones that also show the works of Rene Magritte and Yokoyama Taikan.

If you don’t like the photos, that’s fine. But just because a few people here don’t like them, doesn’t make the worthless to everyone.

I was and still am a Winehouse fan. I think these pictures are priceless despite being as good as snapshots. They show a very different Amy indeed. Thanks FS for this article. Photography is always photography.

who wears heels while doing laundry ?

If you're washing your sneakers, what else can you wear? lol

dammit, i never thought of that. good call.