10 Tips for Shooting Better Videos With Your Smartphone

Smartphones make for great back-up, b-roll, and supplementary cameras for all manner shoots. If you want to get the most out of your phone's video capturing capabilities, watch these tips.

I've spoken a lot about smartphones of late. Ten years ago, they were not relevant to our industry in any meaningful way, then they became something of a meme where photographers would shoehorn them into shoots and videos for clout. Now, they're undeniably useful, albeit in certain applications only. One such application is video.

Many of the newest smartphones on the market today, particularly ones with high specs, have fantastic video capability. Take the popular iPhone 12 Pro Max, for example. That can comfortably shoot 4K video at 60 fps with Dolby Vision HDR and has "cinematic video stabilization". Even if the latter isn't great, there are now gimbals for phones that are superb. This combination, with some proper post-production, can lead to something raised in the above video: non-videographers are often unable to tell the difference between a smartphone and a dedicated video camera. Now, the caveat is that shallow depth of field would be an instant difference-maker, but if it's not needed, then smartphones are great secondary — even primary — cameras.

So, here are ten tips for shooting better videos with your smartphone. 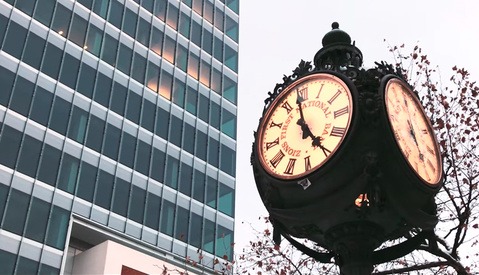 Mobile / January 16, 2017
You'll Soon Be Able to Shoot Log Video on Your Smartphone

Sadly, Apple's dynamic tone mapping makes the iPhone unusable for professional video work. It doesn't matter which app you use to film, the phone will make exposure adjustments across the frame mid-shot, and there's no way to lock it down. You may not notice outside, but it's a nightmare in interior spaces and virtually impossible to correct for in post. Also, variable frame rate is a mess if you edit in Premier.